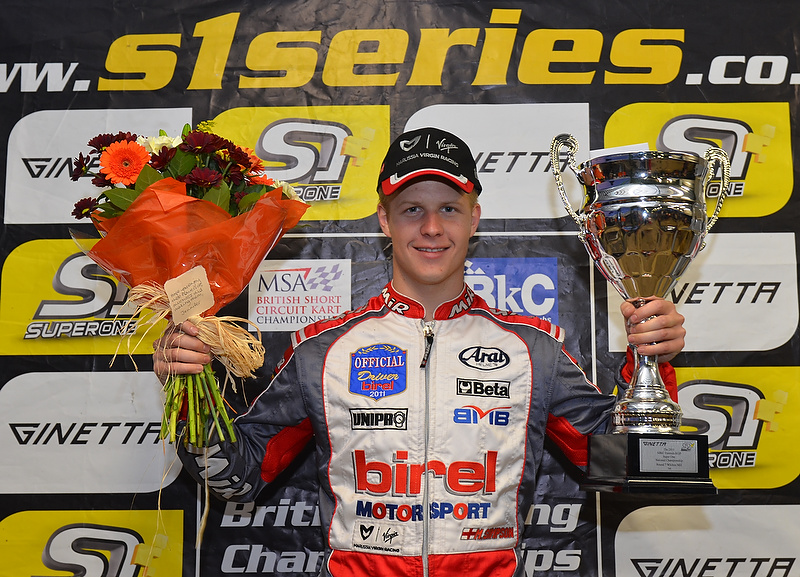 Mike Simpson is top British race car maker Ginetta’s factory driver. Here, the star of the track reveals all about his 20-year go karting career and why go karts are the perfect starting point for future F1 drivers.

The Win is What Drives Me

Mike started karting in 1991 when he was eight. He has competed in practically every class within the sport – and has the trophies to prove it. Go karting opens up a world of opportunities, he says.

“I’ve been the official driver for Gillard, Tony Kart, Swiss Hutless and Birel. I was the British Champion four times, the Grand Prix Champion eight times, and the vice world champion.

“I got to race all over the world – mainly in Europe, but sometimes as far afield as Africa. I stopped karting at the top level in 2011 after winning a new formula called KGP.”

In a career with so many highlights, Mike is most proud of his eight Kartmaster British Grand Prix titles.

“The Grand Prix event takes place every year. It’s the pinnacle of the season because it’s not a championship, it’s a one-off where the fastest guy wins. It’s televised, so there’s normally quite a bit of media attention – and I managed to win it eight times.”

Karting’s competitive nature is what makes the sport so appealing to Mike.

“I love the competitiveness of karting. You’re all on the same bit of tarmac so you all have the same opportunity, and the best racer usually shines through. I enjoy winning – it’s what makes me tick. For me, racing is the best thing ever.”

In the Hot Seat: Mike on the Track

Getting into Go Karting

Mike has fond memories of travelling to races around the country as a boy alongside his family.  At just eight years old he was driving in good company on the tracks, being lapped by none other than Jensen Button.

“I didn’t get into karting with building a career in mind. I had always been interested in motorbikes and motocross, and it was just about having fun. I went to the local track in Hull where I lived, and really enjoyed it,” he says.

“I started racing at the three local club Championships. I did the cadet age group until 1994, the juniors from 1995 to 1999, and joined the senior classes after that. I remember getting lapped by Jensen Button at Fulbeck when I was eight.

“I’d finish school every Friday and while my mates were on the PlayStation, I was travelling the country driving go karts. It was very much a family thing, often just me and my Dad in the family caravan.”

“My first big win was the cadet club championship in Lincolnshire, in 1994. My first Kartmasters win in 1996 stands out too.

“There were lots of drivers there that day who have gone on to achieve great things, like Jamie Green, Katherine Legge, Mike Conway. Most people had spent lots of money on their karts. I didn’t have the best engine or kit, but my dad and I turned up in our two-grand caravan and we absolutely smashed it.”

From Karting to Car Racing

Many of the best racing drivers start out go karting, and Mike was keen to take his career to the next step.

“I won a scholarship in 2004, which gave me a fully funded season in the British Clio Cup, sponsored by Michelin and Renault. I did well in that, with podiums and pole positions pretty much straight away. It was very useful because a lot of people became aware of me and I made contacts that helped me throughout my career.”

Although things were going well for Mike on the track, he also knew how hard it is to make it as a professional racing driver. He decided to learn other skills, just in case a motorsport career didn’t materialise – but he never gave up on racing.

“There are very few people who make a career out of driving cars. It’s a shame, but it’s not a sport like football, rugby or tennis. It’s much more investment based and you need a lot of luck.

“I started an engineering apprenticeship at BAE where I gained mechanical and electrical qualifications, while still karting to a very high level. I’d tried car racing, but had to stop for budget reasons.

“I never gave up though. I pushed the links I’d made and ended up as factory driver with Ginetta. It took me maybe ten years more than I expected, but now I’m doing as much racing as I’d want to do.

“I’m really happy because I’ve got a great job where I get to race beautiful cars against some of the world’s best drivers and manufacturers.”

Youngsters who are serious about becoming racing drivers can learn a lot from go karting, according to Mike.

“Karting is really important because it teaches you basic skills, like awareness on track and how to manage your speed in different situations.

“It’s brilliant, not just for driving, but it teaches you so much as a person. You meet different people from all over, and you basically become a little grown up.

“If you look at someone like Sebastian Vettel, who was in F1 when he was 18, without his extensive karting career, he wouldn’t have been ready. It takes a long time to mould somebody for that level of pressure and that’s why lots of the F1 managers look at go karting.

“You can learn a lot about the mechanics of karting too, by taking an interest and making changes to the kart yourself. If you come in from a race and say ‘the kart is sliding at the back’ and the mechanic starts making changes, you need to understand why.

“If you’re meant to be reaching certain standards but you’re a few tenths of a second off your teammates, you need to understand why. Without the engineering experience that comes from karting, you can’t dig yourself out of a problem.”

Tips for Progressing to Car Racing

“I’ve seen too many families putting so much money to junior karting that they have nothing to carry on with at later levels. I’ve seen people spending hundreds of thousands of pounds on 10- or 12-year-old kids, and at that stage it should all be about learning.”

Whether you want to progress to car racing or just do well in karting, it’s the effort that will drive your career forward, he says.

“You need to work very hard. Some people have funding from personal wealth or investment, which makes things slightly easier, but they still have to deliver.

“To make it the top you have to be talented, but you need drive and determination too. You could be the best driver in the world, but if you can’t be bothered to get out of bed to do the corporate side of things, it won’t happen for you.

“It’s not easy by any means, but the best guys get there. Lewis Hamilton and Fernando Alonso were the best, and they worked hard – and that’s why they’re top of F1 now.”

Cannon Raceway is an indoor karting facility in the West Midlands. Our go kart circuit is a great place for racing enthusiasts to practise their skills. Located in Coseley, we’re just a short drive from Birmingham and Wolverhampton. Contact our team on 01902 565000 today to book your visit. 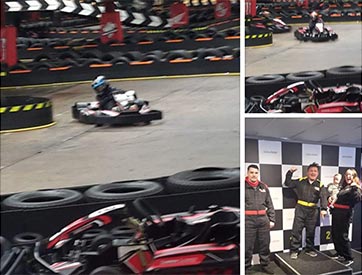 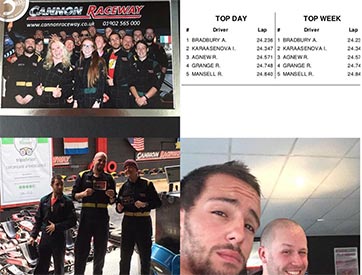 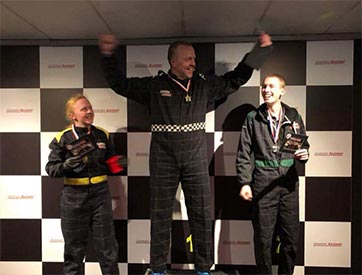 Steve Wright is feeling pumped at Cannon Raceway with Sophie Wright and 2 others. "Great Racing" 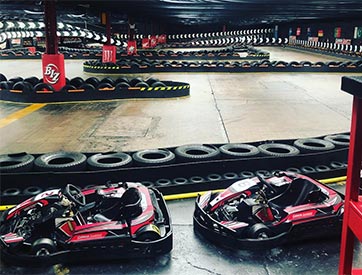